Seven Principles | What is the difference between Mediums &Psychics ? | Meditation & Spirituality 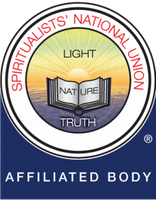 In 1853  Andrew Jackson Davis established the First Spiritualist Lyceum (Sunday School) in New York. Through the efforts of Emma Harding Britten , Alfred Kitson and H.E Kersey the lyceum manua was devised it is a measure of the wonderful understanding of the Spiritualist Teachings possesed by these three stalwarts it is largly in the same form today !

The word Lyceum was given originally to a gymnasium and garden with covered walks near the Temple Of Apollo Lyceus in Athens Greece.

Aristotle taught there  and hence the name was apploied to his school of philosophy. Aristotles school became known as  as peripatatic from the walks in the garden in which Aristotle would walk and talk with his pupils . The name has been used in many languages for places of instruction.

Andrew Jackson Davis set up the Lyceums for poor children on the streets to help them to a better life of understanding  to countreract any evil tendancies and cultivate the good tendancies which are in us all ! The lyceum was very regimented  with Banners and Badges . Its objectives are to promote  the advancemnet of Spiritualism and to encourage the study and practice of Spiritualism as a science  a philosophy and a Religion. Jackson Davis wrote "It is affirmed  that a child is the repositry of infinate possibilities .Enfolded in the human infant is the beautiful image of an imperishable perfect being ".

Nottingham Spirttualist Church on Hall Street Nottingham was the first Lyceum in Nottingham and we proudly have the Banner on show !

Please feel free to contact us for more information .